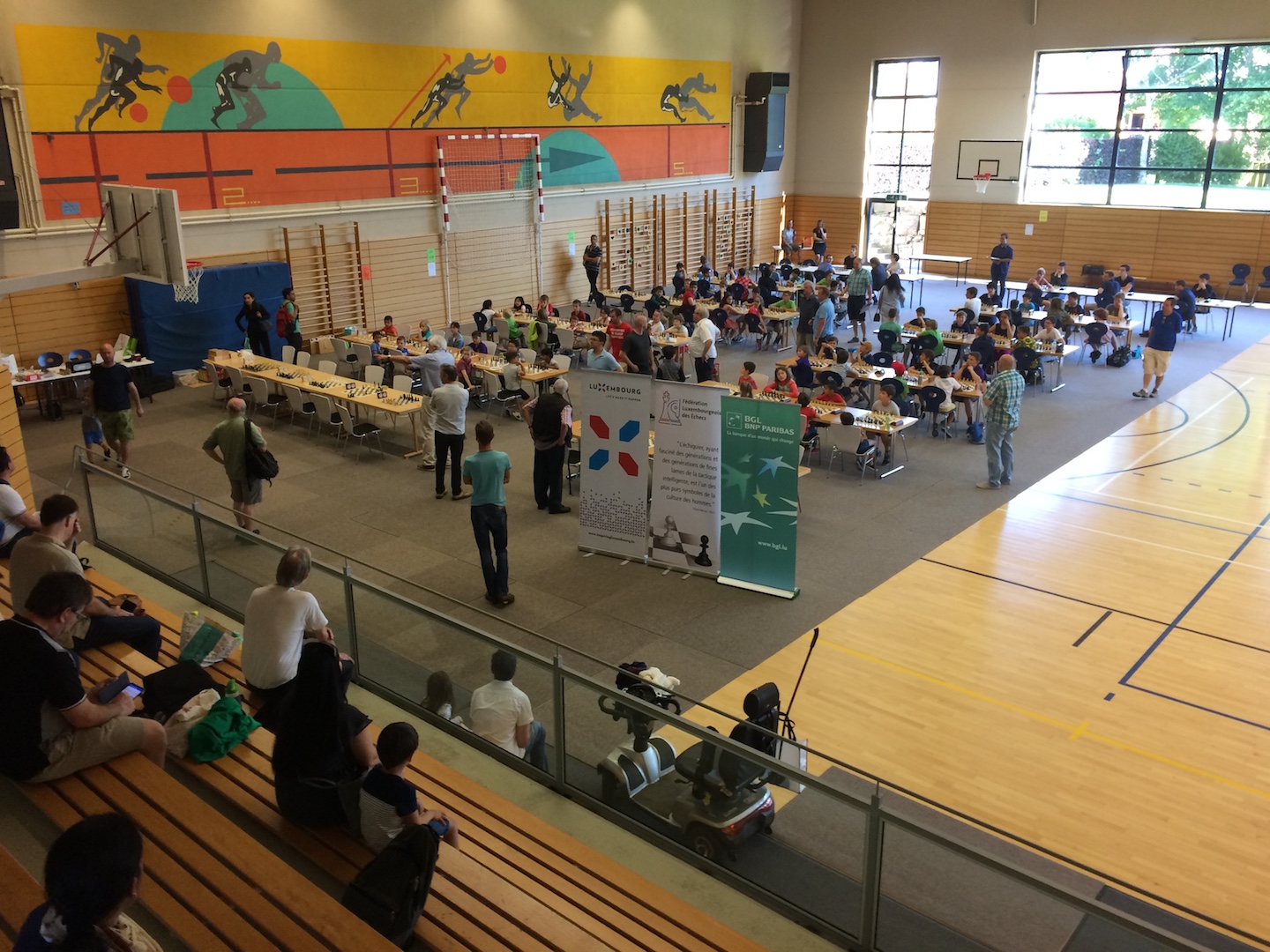 This article was originally created by

It was a very hot day for the 96 players registered for the tournament in Mondorf ! Lots of water was needed for players...and for parents.
A great organisation all together and many prizes for everyone.

The categories U10, U14 and U18, were won by respectively Mihai Salomeia, Louis Burdot, and Michael Yankelevich.

Our club was represented by 9 players, all in the U10 category. They all played some very honorable games and obtained very decent final ranking.

Well done to everyone !
Click here for pictures and here for the official link

Are you sure you want to erase this news? You can't undo it.